16. Abstract
Currently, after deicing operations, the presence of residual ice on an aircraft’s wing is determined by a human deicer from a deicing
ground crew via visual and tactile inspections. One method proposed to overcome some of the safety and physical concerns associated with human inspections is to use infrared camera based Ground Ice Detection Systems (GIDS). However, before regulatory authorities can consider GIDS for operational use, their performance had to be evaluated. In August 2005, the Federal Aviation Administration (FAA) William J. Hughes Technical Center’s (WJHTC) Simulation and Analysis Group conducted a study sponsored by the FAA Office of Aviation Research, Flight Safety Branch (WJHTC), and Transport Canada’s Transportation Development Centre to compare human ice detection performance using current visual and tactile techniques with the performance of two different GIDS under post deicing inspection scenarios. Nine male deicers from Globe Ground at Toronto Pearson Airport or Aero Mag 2000 Montreal performed post deicing inspections using three methods: the current method (visual inspections and tactile inspections), the GIDS1 method, and the GIDS2 method. Three separate post-deicing scenarios were presented each day for three days: a wing with 12 ice patches (High Contamination), three ice patches (Low Contamination), and a clean wing (No Contamination). Accuracy data, false detection data, and time to complete an inspection were collected and analyzed for each condition. The results from the study consistently indicated that overall GIDS1 was superior to human visual and tactile inspections and GIDS2 inspections in terms of accuracy, false detections, and stability in performance. Participants using GIDS1 were able to detect all patch sizes and thicknesses with the greatest accuracy while the other methods’ accuracy improved as a function of patch size and thickness. In addition, inspections completed by the GIDS1 manufacturer throughout the study suggest that, with time and experience, performance could further improve.

Simbiotix continues to refine the MDA technology and has improved the system performance well beyond the original unit in this test. 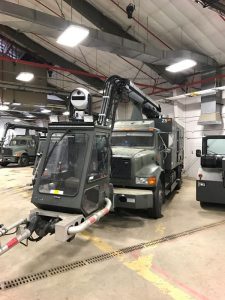 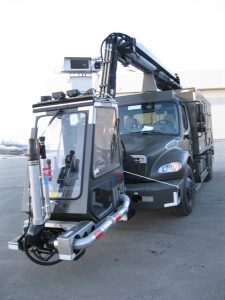 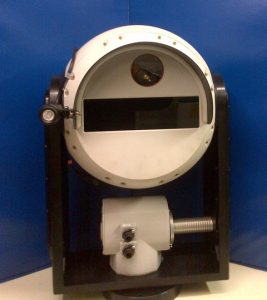 We have increased the ice detection sensitivity and range making the  Simbiotix IceCam truly unique. As this winter is set to be a traditional one we aim to take advantage of the opportunity this will afford and demonstrate more use cases for the technology. Stay tuned for more posts, data and videos of the IceCam ROGIDS in action. Of course you can always get your own and have as much as we will making the world safer via the high confidence detection of ice.